Why have we been using cucumber raffia so long? Tutoring plants upwards is a must, especially in large leafed plants like cucumbers, where the plant´s health depends on good air flow, since a stagnant humidity condition will increase the possibility of fungal attacks and other plant pathologies such as viruses or bacteria that can find a better environment around wet plants.

In most parts of the world cucumbers are still grown on the ground, with great losses due to fungi, stepping on the plants, and overall low productivity.  Way back from the ancient times growers used to trellis their cucumber crops vertically with either sticks, bamboo canes or a combination of twine and posts.  After natural fibers were replaced by plastics, the advent of raffia entered the agriculture field, and that is when cucumber raffia was “born” as a trellis system. 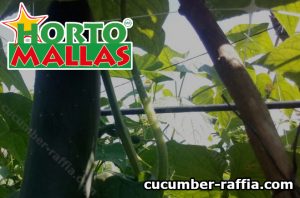 Before cucumber raffia, cords and poles were used to support them.

In open fields farmers tutor their cucurbits on the furrow using posts or sticks driven into the ground to keep the plant away from the ground, support raffia is usually used to create a weave of threads between posts  as to allow the cucumber tendrils to attach themselves to the twine and start climbing so that air flows freely and flowers can more easily be pollinated, as well as the leaves orient themselves better towards the sun.

Cucumbers are also grown in greenhouses using the high-wire cropping method, which consists of winding raffia along and around the stem of undetermined cucumber plants as they grow leaning the plant on its side along the furrow, the agricultural raffia is on a spool which is hooked to the main steel wire part of the greenhouse structure. 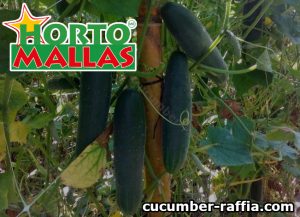 To grow cucumbers in greenhouses, the method most used is the high wire cultivation method.

No matter how one uses cucumber raffia, its use is very labor intensive and can lead to the mechanical spreading of pathogens, as the hands of the workers become real functional vectors for the spreading of the disease, as well as creating a host of challenges to the plant as it breaks and it stresses out during handling.  This is why most professional growers have turned to HORTOMALLAS trellis netting as a way to increase their crop yields.  Horticultural netting can be reused many cycles and allows the same infrastructure to be depreciated over more crops. 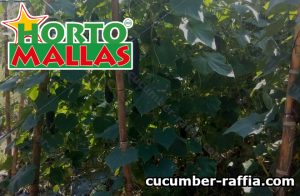 The advantage of acquiring the HORTOMALLAS grid network is that it increases crop yields.

would you like to see more images of trellises? 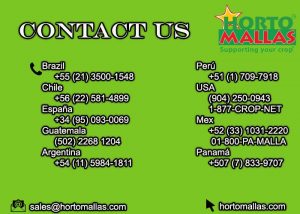